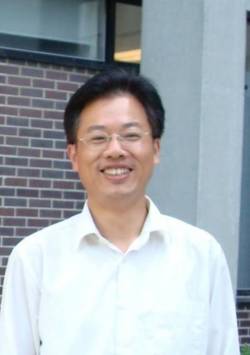 Jiashan Tang received his Bachelor degree from the Department of Mathematics, Anhui Normal University. He received his Master and Ph. D. degree from the Department of Mathematics, Beijing Normal University, where his supervisors are Prof. Zikun Wang ( Chinese Academician, elected in 1991 ) and Prof. Zhanbing Li. Since his graduation, he has been with Nanjing University of Posts and Telecommunications (NUPT). He had been visiting the School of Mathematics and Statistics of Carleton University as a Postdoctoral Fellow from March 2002 to September 2003, where his cooperative supervisors are Prof. Donald Andrew Dawson (Fellow of the American Mathematical Society, 2012; Fellow of the Royal Society, 2010; Fellow of the Royal Society of Canada, 1987) and Prof. Yiqiang Q. Zhao. During the periods from May to June in 2007, August and September in 2008 as well as July to September in 2016, he had been visiting Carleton University more than once and cooperating with Prof. Yiqiang Q. Zhao. Jiashan's research interests are in areas of probability theory, applied stochastic processes, queueing theory, signal and information processing, applied statistics, data science and etc.